Alita Alounsavath a 3rd grade student of Laos participated in the program called "Nodo Jiman THE World! Song for Japan！" Broadcast on Nippon Television on Saturday, November 25, 2017 (Sat) from 19: 00-21: 54 and participated for the first time she left a record of second place winning.
The program invites foreigners who love Japanese songs from all over the world and asks them to express their feelings to Japan and at the same time decides "the best foreigners in the world in the world" songs.
This time, the invited contestants were 15 groups in 13 countries, the performers were divided into 3 groups of 5 blocks, the top 5 groups and 6 pairs of the highest score among the 2nd place in each group I can advance into the final and fight for the championship. Laotian representative Alita was the youngest of the performers this time.

Alita who ranked third in the D group and appeared twelveth overall sang "DREAMS COME TRUE" "Nandodemo" and got a super high score of 398 points (out of 400 points) and passed the qualification of the D group.
In addition, 398 points were the top tie among 15 pairs who participated in the preliminary round.
Alitala appeared sixth among the six in the final performed in six pairs of performers.

Kenya 's Japanese - living resident Suinky won a qualifying score of 398 and Alita' s Top  record but in the final it won a super high score of 498 points (out of 500 points).

The way of the victory was narrowed down to Ms. Alita and Sucky singing at the end. Ms. Alita sings enthusiastic song "Sakura iro maukoro " by Mika Nakashima's ballad.
Although it was Alita who showed a perfect singing voice unimaginable to be 13 years old, it resulted in a second prize won by 497 points without regretting one point. 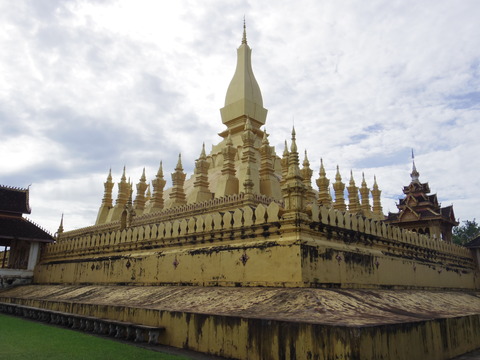